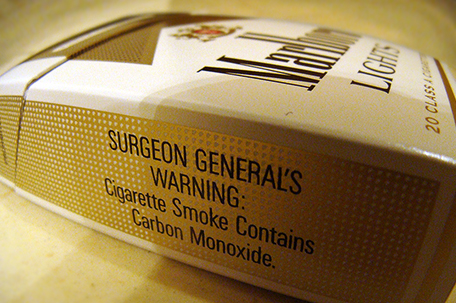 The U.S. District Court in Washington, DC has asked that all of the parties in the long standing lawsuit brought against the tobacco industry to provide further comments on how the proposed media plan would reach those impacted by smoking advertising.

At last week’s status conference in the case of the United States v. Phillip Morris, et al, Judge Gladys Kessler said she was concerned about whether the media plan the court has approved will reach “everyone it needs to reach.” The media plan is for the placement of ads that will say tobacco companies misled the public about the dangers of smoking cigarettes.

In a Jan. 13 story, Target Market News disclosed that there were no Black media outlets among the 34 newspapers and three television networks approved to ultimately carry the ads. Subsequently the National Newspaper Publishers Association (NNPA) and the National Association of Black Owned Broadcasters (NABOB) asked the court to include Black-owned media in the plan for “corrective ads” that the tobacco companies would be mandated to buy.

Judge Kessler has invited NNPA and NABOB to join the plaintiffs and defendants in submitting comments on those segments of the population that the current media plan will – and will not – reach. Those comments are to be filed by Feb. 18.

“The health of the African American community has suffered disproportionately from the advertising campaigns of the tobacco companies,” said NABOB Executive Director Jim Winston in a statement. “Yet, now that the tobacco companies are being required to educate the public about the harm that tobacco products have caused, the companies and the [Dept. of Justice] have no plan to direct any educational advertising to our communities.”

Lawyers representing defendants Philip Morris USA, R.J. Reynolds Tobacco Co. and Lorillard Inc. filed a brief responding to the filing by NNPA and NABOB, saying they oppose any third party request to change the terms of the agreement because “this request comes too late.”

The media plan was not widely reported on when originally filed in 2006, and only came to light this month when the actual language and design of the ads to be placed was agreed upon. The ads will not run until the tobacco companies have concluded all of their appeals. Media executives have told Target Market News that the current advertising plan is valued at $30 – 45 million.

“The parties have been negotiating the implementation terms of the corrective communications remedy for over a year,” argued the tobacco companies in a court filing. “It is simply too late in the day to put a new slate of newspapers before the Court and the parties.”

Tobacco company lawyers acknowledge that since being filed seven years ago, there are general market newspapers in the plan that have gone out of business. “We have no objection to considering as replacements newspapers that are on the list proposed by NNPA and NABOB.”

The NAACP also filed a request with U.S. District Court, asking that it “require Defendants to use NABOB and NNPA member organizations to fulfill its remedial order.”

“The remedial order advertising list allows the Defendant to walk away from the community that it directly targeted African-American communities,” said the NAACP filing. “As a result, the Defendants will have directly disseminated misinformation to the African American community without the responsibility of returning to correct their errors.”

The original media plan also does not include the placement of ads on any radio stations, and it excluded Fox as a major television network. Since the disclosure that there are no Black media outlets listed, Fox Broadcasting filed its own request that it be included.