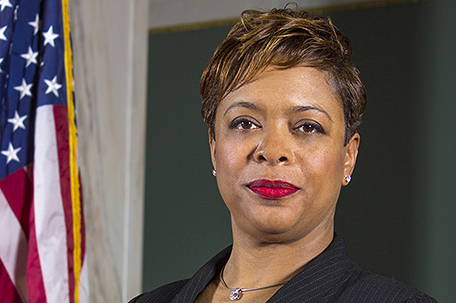 May 5, 2017 Category: Color Of Money Posted by: Philadelphia Sun Staff

City Council’s Committee on Finance on Monday, voted unanimously to approve legislation to remove Wells Fargo as the bank handling the City’s $2 billion payroll. Bill No. 170330 would authorize the Office of the City Treasurer to enter into an agreement with Citizens Bank to provide payroll banking services to the City.

“As many of you know, I have been pushing for the City to divest from Wells Fargo for quite some time. Time and time again their actions have revealed them to be the antithesis of corporate social responsibility,” stated Councilwoman Bass (D – 8th Dist.) “I want to thank my colleagues on the committee for doing the right thing and sending a message that we will not do business with companies that engage in unethical business practices.”

The bill was amended to include Citizen’s community development plan to develop initiatives for low to moderate income families, individuals and minority small businesses. A companion bill, which also passed out of committee, would allow for a transition period in which Wells Fargo would continue as the City’s depository until December 31, 2017.

Testifying in support of the bill were Susan Saxe of the Philadelphia Public Bank Coalition who said: “We applaud the decision of the City to move its payroll business from Wells Fargo…[however], we believe the only acceptable long-term solution is for the City to create its own publicly — owned bank whose mission would be to benefit the City, not outside shareholders or executives.” Van Fields of the 215 People’s Alliance, a nonprofit social justice organization, submitted testimony on Wells Fargo’s practice of charging hefty fees for overdrafts and moving funds between accounts.

The bills will be formally reported out of committee next week and placed on Council’s voting calendar for consideration later this month.