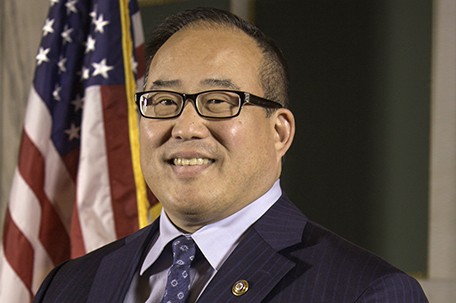 This is possible without a tax increase because the bill identifies a total of $171 million in projected overallocated funds. Overallocated spending was determined for each line item of the budget by calculating the average difference between the actual spending figure and the budgeted figure over the past nine fiscal years.

The percentage of overallocations over the past nine years was calculated for each line item and then assessed to the proposed budget line items for FY19, producing the total $171 million in identified projected overallocations that are cut from the proposed General Fund Operating Budget.

It is from this $171 million in cuts that the $61 million can be allocated to the School District without raising taxes. All told, the bill still cuts a net total of $110 million from the General Fund Operating Budget, or a 2.4 percent reduction from the original proposal.

“As in previous years, there is enough money in the proposed budget — money we know from history will not end up being spent on what the Administration budgets — to cover the cost of additional obligations,” Councilman Oh said. “This year, we can fund the School District as much as the proposed real estate tax and transfer tax increases would while still saving taxpayers over $100 million.”