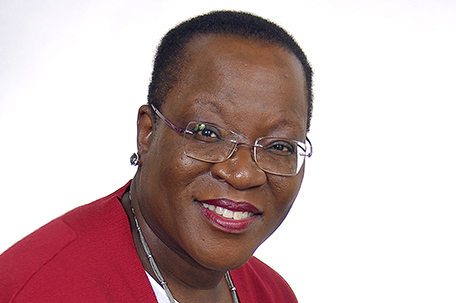 “Sade’s deep experience in municipal finance has been invaluable to this City Council. From navigating the murky waters of the Actual Value Initiative [AVI] to identifying yet-untapped revenue streams in order to keep our public schools open, Sade has been an integral part of my team. The Philadelphia Airport will surely benefit from her institutional knowledge, professionalism, and fidelity above all else to taxpayers and customers,” Council President Clarke said.

Since February 2012, Olanipekun-Lewis has served as the Chief Financial Officer in the Office of the Council President. She has been responsible for providing a wide variety of financial and professional support to the City Council of Philadelphia, including fiscal oversight of a $15.5 million annual operating budget; annual review of the combined $6.2 billion operating and capital budgets, including the six-year capital program and five-year financial plan; and providing executive project oversight focusing on initiatives that reflect Council’s values.

In addition, Olanipekun-Lewis has served as an adviser to the Council President and all members of City Council on fiscal and policy matters. She has provided extensive project management leadership, recommendations and general guidance on a broad range of city and local issues.

“With 10 Council districts and 17 members to answer to, Sade has expertly balanced competing interests for limited resources with the mandate of ensuring Philadelphia’s long-term fiscal health. She is also a wonderful mentor to women aides and staffers,” Councilwoman Marian Tasco, chair of the Finance Committee, added. “I congratulate Mayor-elect Kenney on an excellent appointment. As a woman who herself has cracked a few glass ceilings, I cannot wait to see what Sade accomplishes as part of a team led by incoming CEO Chellie Cameron at the Philadelphia Airport.”

Olanipekun-Lewis is a native of Brooklyn, New York and the daughter of Nigerian and Jamaican immigrants. She previously served as Deputy Commerce Director and Treasurer for the City of Philadelphia; Chief Financial Officer of the School District of Philadelphia; and as the Director of Finance for the City of Birmingham, Alabama. Olanipekun-Lewis holds a Juris Doctor from the Beasley School of Law at Temple University and a Master of Government Administration from the Fels School of Government at the University of Pennsylvania, where she currently is an Adjunct Instructor.