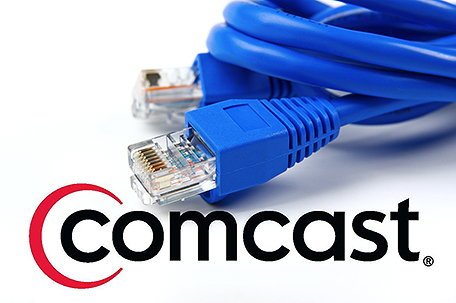 Internet Essentials connects more than 1.2 million Americans to the power of the Internet at home

WASHINGTON, D.C. – Comcast Corporation Executive Vice President David L. Cohen last week announced the company will continue Internet Essentials indefinitely — beyond its initial three-year commitment. Internet Essentials is Comcast’s acclaimed national broadband adoption program for low-income families. The company also announced more than $1 million in grants to dozens of non-profit organizations across the country to create Internet Essentials Learning Zones. The grants are part of a multi-faceted Gold Medal Recognition Program for communities that have done the most to help close the digital divide. In addition to the grants, Internet Essentials-eligible families in the Gold Medal-recognized communities who are not currently customers can receive six months of complimentary Internet service if they apply and are approved for the program by March 18th, 2014. (See below for the list of communities.)

“In just two and a half years, this groundbreaking initiative has connected more than 1.2 million low-income Americans, or 300,000 families, to broadband Internet at home,” said Cohen. “We are also proud to join President Obama’s call to action for helping to realize his ConnectED educational goals as we announce today an extension and enhancement of our multi-year commitment to close the digital divide. Here at Comcast, addressing the digital divide head-on has long been a priority for our company. We believe the Internet has the power to transform lives, strengthen communities, and inspire a new generation of leaders.”

The grants made through the Gold Medal Recognition Program will be used to create Internet Essentials Learning Zones. These networks of non-profit partners will work together to enhance public Internet access and increase family-focused digital literacy training. They will be established in communities in Atlanta, Chicago, Denver, Fresno, Miami, and Seattle, among others.

Also, Dr. John B. Horrigan, head of research for the F.C.C.’s National Broadband Plan and a former research director with Pew Research Center’s Internet and American Life Project, released a new study of Internet Essentials customers that provides insights on policies that can inform the design of effective broadband adoption programs. The study reflects that Internet Essentials service is widely used by participants to do school work, that home users report it helps “a lot”, and that in addition to schools, full-on participation by institutions such as libraries, banks, government agencies, and employers, plays an important role in increasing broadband adoption and utilization. The full research report of Horrigan’s findings is available here.

“The research shows that for broadband adoption initiatives to successfully reach low-income families, they need to embrace two key elements,” said Horrigan. “First, they must be woven into the fabric of the entire community with trusted institutions that can help nurture and sustain Internet usage. Second, programs need to provide robust digital literacy educational opportunities that address the knowledge gap head on.”

•  98 percent of families said they signed up for Internet Essentials because their kids needed it for school.

•  83 percent said their child’s school expected that students have online access at home.

Training makes a difference in how people engage with the Internet.

•  48 percent say the most helpful way to learn new things is to teach themselves through reading or online videos.

•  29 percent took advantage of in-person or online training resources and these users are more likely to say the Internet helps their kids with school work, how they access government services, and look for or apply for jobs.

Broadband adoption programs are an important resource for economic advancement.

•  62 percent said they needed Internet service to look for or apply for jobs.

•  57 percent said the Internet helped them “a lot” or “somewhat” for job searches.

Since 2011, Comcast has invested more than $165 million in cash and in-kind support to fund digital literacy initiatives nationally. Additional key program milestones and facts through the end of 2013 include:

Comcast and its community partners have provided support for free digital literacy training and education for more than 1.6 million people.

Distributed more than 33 million Internet Essentials brochures at no cost.

Welcomed more than 1.8 million visitors to the Internet Essentials websites in English and Spanish and the Online Learning Center.

Offered Internet Essentials in more than 30,000 schools and 4,000 school districts, in 39 states and the District of Columbia.