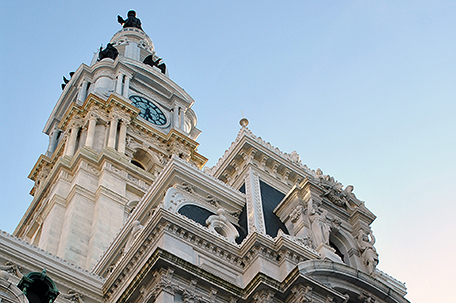 City Council adopted another package of bills to remove antiquated language from the Philadelphia Code. Over the last two sessions, Council has passed a total of nine bills, recommended by the Special Committee on Regulatory Review and Reform, co-chaired by Councilman Derek Green (D-At-Large)aimed at streamlining business procedures and revising regulations in the City.

These include Bill No. 171126 (repeal of archaic language referencing police and fire scanners) and Bill No. 171127 (which repeals the ordinance relating to garbage disposal units).

“I’m extremely pleased with the substantial progress that the Special Committee has made over the last year, as we continue to work toward simplifying Philadelphia’s business practices,” Green said. “Although we still have a long way to go, I’m very encouraged by the feedback and support from Council President Darrell Clarke, along with the Kenney Administration, and I’m optimistic about the direction in which business in our city is headed.”

“The latest set of bills to remove outdated language from the Philadelphia Code shows that this Special Committee and members of Council are committed to improving Philadelphia’s business climate,” said Commerce Department Director Harold T. Epps. “I am pleased with what we have achieved thus far, and look forward to continuing our partnership in order to make our city more attractive to businesses of every size and industry.”

“We salute our collaborative and initial progress as we are clearly demonstrating that with the right approach, business and government can work together to create a more competitive environment for Philadelphia entrepreneurs,” said Rob Wonderling, president and CEO of the Chamber of Commerce for Greater Philadelphia.