Blacks should demand respect with our wallets 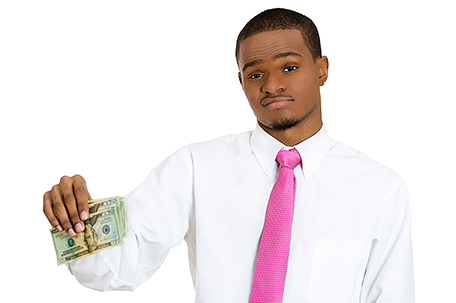 Give Bruce Levenson, co-owner of the Atlanta Hawks, credit: he gets it, sort of.

Earlier this month, Levenson announced he would sell his interest in the Hawks after a two-year-old email surfaced in which he complained that there are too many black folks at Hawks’ games. He griped about the kiss cam being too black and about the low numbers of white cheerleaders.

He tried to make a business case for his concerns.

“My theory is that the black crowd scared away the whites and there are simply not enough affluent black fans to build a significant season ticket base,” he said in an email to his colleagues, adding that even in Washington, D.C., with its significant base of affluent blacks, black attendance never exceeded 15 percent.

In the wake of the outrage over the equally outrageous email, Levenson apologized.

It was a refreshing departure from the approach of the pugnacious L.A. Clippers owner Donald Sterling, who earlier this year had made disparaging comments about blacks.

Black players make up 80 percent of players in the NBA. The overwhelming majority of the greatest players in the history of the game — from Michael Jordan to Lebron James, from Magic Johnson to Shaquille O’Neal — are black. These black men are the geese that lay the golden eggs that have made the NBA one of the world’s wealthiest sports organizations.

Each year, the amazing talents of these great players draw millions of fans to basketball arenas and glue the eyes of hundreds of millions around the world to the tube, ultimately pumping billions into the bank accounts of a small group of mostly white owners.

There are similar parallels in the NFL, whose players are nearly 70 percent black, and in collegiate football and basketball where the tens of millions of dollars in team revenues earned through the sweat of these talented players pays the multimillion dollar salaries of mostly white head coaches, athletic directors and conference commissioners.

Following public revelations of racist comments by ungrateful oafs like Levenson or Sterling, the typical pattern is to howl and protest. Often, the public display of anger lasts a few weeks, draws intense media attention and then fades.

Blacks need to think about adjusting their playbook and flexing their financial muscle.

Imagine what would happen if blacks decided to oblige Levenson by staying away from his games at the arena — and on TV.

Imagine what would happen if a group of wealthy black investors got together and formed their own football and basketball leagues and then stole a significant number of talented players from the NFL and the NBA.

Imagine what would happen if top black athletic prospects agreed to play for schools with persistent racial problems like the University of Alabama and the University of Mississippi only on the condition that authorities take concrete steps to arrest the problem (like having a zero tolerance policy for offending fraternities and sororities) — or stayed away from them altogether.

Hard work doesn’t always beget respect. Sometimes payment for hard work comes in the form of a kick in the teeth.

Sometimes you just have to demand respect.

Blacks must become number one employer of Blacks