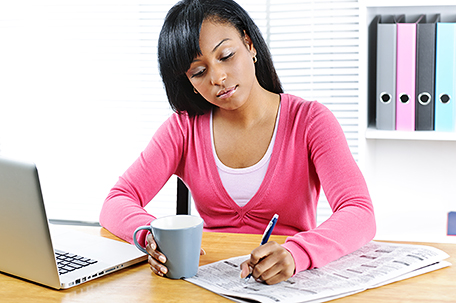 According to the Bureau of Labor Statistics (BLS), the employment situation in the U.S. improved substantially in every way for almost every group of Americans except for African Americans.

The overall participation rate, which is the percentage of the civilian population who participated in the labor force by either having a job or actively seeking one, also increased from 62.7 percent to 62.8 percent for all Americans. Those not in the labor force, which are those who not only had no job, but did not actively seek one in the last four weeks, declined from 92,584,000 to 92,378,000.

Over the past two years of economic recession, African American employment numbers for those 16 years of age or older decreased from 16,981,000 in September to 16,940,000 in October. In terms of percentages, Black unemployment rates rose from 7.2 percent to 15. 8.

Curiously, while Hispanic numbers have remained steady, employment rates for Asian Americans, long considered to be immune from the ravages of employment fluctuations, have seen a slight decrease in employment numbers by 2.7 percentage points.

“One factor in the employment rates for Blacks has to do with their lower participation in the part-time job market,”  says Ewan Marshall, an economics professor at Whittier College in California. “White Americans have the highest rate of participation as a share of the job market—18.5 percent—while Blacks and Asian Americans hover around fourteen percent. These numbers speak to employments for 35 hours per week or less. This situations explains a lot about the disparity in the numbers.”

Marshall also sites the fact that overall median household incomes have seen a steady decrease across all demographics for several years.

“Household incomes have seen a steady decline over the past few years. Asian Americans households  have lost $2,840 while the incomes of Hispanics, whites and African Americans decreased by $2,252, $1,500 and $1,056 respectively.”