Big question for Amazon’s two chosen cities: Will it pay off? 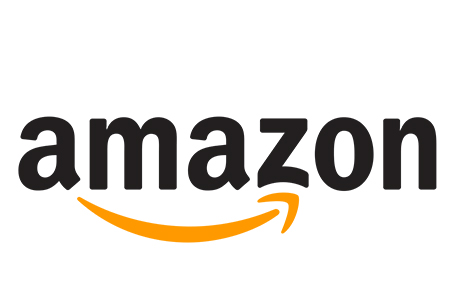 WASHINGTON — The awarding of Amazon’s second headquarters to two affluent localities has fanned intense speculation around a key question: For the winning cities, will the economic payoff prove to be worth the cost?

Amazon’s decision will bring to Arlington, Virginia, and the Long Island City section of New York a combined 50,000 jobs and $5 billion in investment over the next two decades. But the influx is sure to swell already-high home prices and apartment rents and could overwhelm public transportation systems. And the two areas combined are providing over $2 billion in subsidies to one of the world’s richest companies — a bounty that many analysts say probably wasn’t necessary to sway Amazon.

The decision to bring those jobs, which Amazon says will pay an average of $150,000 a year, to the New York and Washington areas will also exacerbate U.S. regional inequalities, economists say. Such Midwestern cities as Columbus, Ohio, and Indianapolis, Indiana, which made Amazon’s short list, would have helped spread the tech industry’s high-skilled, high-paying jobs more broadly.

“It’s ambiguous for the winners, not good for the ‘losers’ and not good at all for the nation,” said Mark Muro, a senior fellow at the Brookings Institution.

Still, on the surface, the deal appears to be better than most. Amazon says it’s receiving $1.525 billion in incentives and subsidies from New York state and $573 million from Virginia and Arlington County. That works out to $61,000 in incentives provided to Amazon for each job in Long Island City and roughly $23,000 for each job in Arlington.

That compares with a much larger average figure of $658,000 per job for other large deals, said Greg LeRoy, executive director of Good Jobs First, a nonpartisan watchdog group. Taiwanese manufacturer Foxconn, for example, received $4.8 billion in subsidies for a plant in Wisconsin on which it broke ground this year. That deal is expected to bring just 13,000 jobs.

Still, Amazon’s total subsidies will likely end up much higher, LeRoy said. Amazon said it will also apply for existing incentive programs that could add nearly $1 billion to the subsidies from New York.

And Amazon’s final selections suggest that all the subsidies and giveaways probably weren’t needed, other economists said. Other state and local governments offered a lot more, including at least $8.5 billion on behalf of Montgomery County, Maryland, and $7 billion for Newark, New Jersey.

“If Amazon was pursuing subsidies, it made the wrong decision,” said Michael Farren, a research fellow at George Mason University’s Mercatus Center. “Even the biggest subsidies you can imagine really don’t sway these kinds of decisions.”

Rather, Amazon’s top priority was having access to a sizable pool of highly skilled employees, Farren said, and it likely would have chosen the same two locations even without the subsidies.

“The only things they’re useful for are the companies that get them and the politicians who get the credit,” he said.

Indeed, Jay Carney, an Amazon senior vice president, acknowledged in an interview on CNN that the company had chosen two locations that offered less in subsidies than others had.

“That reflects that talent was really the driving factor for us,” Carney said.

Some experts in regional economics suggested that the payoff for the selected cities would go well beyond Amazon’s initial investment. Stephen Fuller, an economist at George Mason University, estimates that the new headquarters in Arlington would generate roughly $1.3 billion in spending each year after the initial construction is complete. That would support nearly 50,000 jobs in the state, Fuller said, in addition to those at Amazon.

Fuller also argues that the region is large enough to absorb the influx of new workers.

“The region adds 50,000 jobs every year, and no one complains about that,” Fuller said. “They’re not all coming at one time; they’re coming over 15-20 years. It isn’t as overwhelming as people think it’s going to be.”

At the same time, Tim Bartik, a senior economist at the Upjohn Institute, cautioned that with unemployment so low in both cities, many of the jobs Amazon will bring will likely go to people who don’t now live in either Arlington or New York. The inflow of those workers could burden schools and transportation systems.

A coalition of nonprofit groups warned that Amazon’s arrival will likely worsen housing affordability for many lower-income workers in the two cities. Roughly one-third of residents in Washington, D.C., and 40 percent in New York pay more than 30 percent of their income on housing, the groups, which include LeRoy’s Good Jobs First, pointed out. The typical rent in Queens, which includes Long Island City, is already $3,000 a month.

Some analysts had thought Amazon might follow a trend that other companies have set and add jobs in cities where salaries and housing were often cheaper. A few Wall Street banks, for example, have sent many of their back-office jobs to states far from New York. The auto factories that once filled the Midwest have migrated to the South, where labor unions have held less sway.

Instead, Amazon chose to expand its footprint to two places where salaries and home prices are relatively close to those of Seattle, its current sole headquarters city, said Aaron Terrazas, senior economist at the real estate firm Zillow.

“These two markets definitely can absorb this kind of employment shock — and they have some time to prepare for it,” he said. 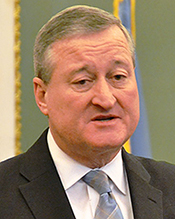 “While Philadelphia was not ultimately chosen for Amazon’s HQ2, I thank Amazon for its consideration and am honored that we were among the top contenders. I also recognize the value of this competitive process, which has benefited our city in many ways.

It put Philadelphia in the national (and international) spotlight – increasing our visibility to other companies and showing our viability for other large-scale projects. It also required key stakeholders from various sectors to come together like never before and unite around a shared message and strategy for our city.

I am hopeful that we will continue to harness the energy found throughout this process and apply it to future business attraction, retention, and expansion efforts in Philadelphia.”