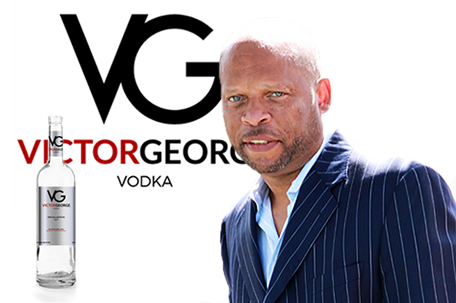 A true Renaissance businessman located in Fort Lauderdale with deep ties to professional sports and entertainment, spirits industry veteran Victor G. Harvey plans to build a 5,000 square foot building housing offices, a distillery and restaurant with tasting room in Flagler Village. Plans are underway and construction is anticipated to begin early this year.

Victor G. Harvey walked into Ohio’s Bowling Green State University as a NCAA Division 1 basketball player and in 1990 he walked out with a business degree and immediately went into the investment business earning his business license as a financial planner.

He bought no bling or toys with his money and at 23 years old invested in his first real estate project. While in college Harvey also developed as a rap artist and in 1993 he plowed some real estate profits into creating his own record label, Educated Records in Miami.

In 1996, Harvey’s hit record “The Rise, The Fall, The Rise,” which he produced and performed on under the stage name Tai-Pan, made him one of the top independent record label owners of that time. Harvey also had the hit single “Can’t Stop It,” that was popular throughout Florida. Always looking for opportunities to climb higher in the investment field, Victor G. Harvey bought his first hotel during 2004 in Columbus, Ohio.

He later sold the hotel and focused on investment opportunities in Miami where he acquired several commercial properties for development. However, in 2007 the bubble burst and the market crashed. Harvey says, “We got out with minimal loss and started our first liquor brand V Georgio Vodka, which became one of the fastest growing vodka brands in Florida history.”

Flagler Village Distillery, the soon to be exclusive producer of Victor George Vodka may make the brand a one of a kind African American owned spirits company, truly historic.

The Victor George Spirits site in Fort Lauderdale’s historic Flagler Village will represent a significant job creation venue through construction and ongoing operations with some training opportunities. The company plans to focus on veteran and minority training and hiring, including women at all levels.

“I am very excited to begin the next stages for the Victor George brand,” said CEO Victor G. Harvey, Sr. “Over the next few weeks, we will accelerate our proven business strategy to increase awareness and sales in our key markets,” he said, “and anticipate making significant announcements regarding growth opportunities including marketing initiatives and celebrity partnerships and distribution deals, including international sales.”