2017 holiday hiring could be a boon for seasonal workers 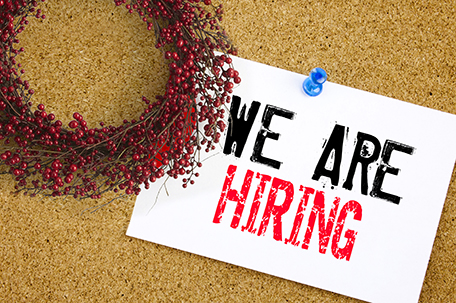 Early forecasts anticipate a pretty holly, jolly Christmas for retailers, with total sales expected to grow as much as 4.5 percent as opposed to last year’s 3.6 percent. To help get them across the finish line, according to the National Retail Federation, a whopping 500,000 to 550,000 seasonal workers – more than the population of Sacramento, California – will need to be hired.

And while some companies are making it more attractive than ever to come aboard, there’s still some forces at work that applicants need to be aware of:

So what are the odds of those 500,000-plus temp gigs turning into something more lasting?

Well, as Benjamin Franklin once opined, the only guarantees in life are death and taxes. But UPS, for example, does say that 35 percent of those hired for seasonal package handler jobs over the past three years subsequently landed permanent positions, and that even its permanent part-time employees qualify for healthcare and retirement benefits.

Case in point of how the package delivery company makes it possible to rise through the ranks: Jackie Nicholas, who started out years ago as a temp and who’s now a full-time recruiter in Kentucky.

“As a mother, the great pay and benefits have been critical for my family, and so has the flexibility,” says Nicholas, recalling how she used to work the night shift when her two kids were young so that she could be with them for things like school field trips.

Oh, and her husband and both her sons now also work for UPS.

Aldi to hold hiring spree Wednesday at every NJ store