She started out in showbiz doing poetry readings, which is how she was discovered by drummer QuestLove of The Roots in 1999. He invited Jill to join the band in the studio where she collaborated with the group on writing their Grammy-winning hit, “You Got Me.” This led to her being signed by the Hidden Beach label…

For years, four very close couples, friends since college, have been taking an annual vacation together to luxurious getaway spots to reconnect, reminisce, and reflect on the state of their marital relationships. Their previous reunion at a Colorado ski lodge proved very eventful…

At 14, Janet signed her first recording deal. Placing acting on the back burner to focus on her first love, music, she went on to enjoy extraordinary success upon the release of her breakthrough album, “Control” in 1986.

The Jim Jonsin-produced “There Goes My Baby” is instantly appealing, but upbeat club tracks including “Lil Freak,” featuring rap “it” girl Nicki Minaj, and “She Don’t Know,” with Ludacris, are catchy but disappointingly safe choices for 31-year-old Usher.

Michael Jackson’s doctor halted CPR on the dying pop star and delayed calling paramedics so he could collect drug vials at the scene, according to documents obtained by The Associated Press that shed new light on the singer’s chaotic final moments.

LisaRaye: The Real McCoy to premiere on TV One April 8, with back-to-back episodes

She’s got the face of a goddess, the bearing of a diva – and she’s edgy, blunt, soft and sophisticated all at once. LisaRaye, the beautiful, outspoken star of film and television and First Lady of the Turks and Caicos, is moving forward with her new life, in her new TV One reality series, “LisaRaye: The Real McCoy.”

Screenwriters “don’t get no respect,” even those whose movies have been big hits. At least that’s the prevailing complaint repeated throughout Tales from the Script, a revealing documentary featuring interviews with dozens of the best in the business…

He and his ex-wife, Cosby kid Lisa Bonet, have one daughter, Zoe, an aspiring actress, whose next flick, Twelve, will be released in the Fall. Here, Lenny talks about making his acting debut in Precious, where he played John, an empathetic nurse who befriends the beleaguered title character.

Dr. Rick Hodes has dedicated himself to helping the sick and poor of Ethiopia for most of his adult life. In addition to offering hospital care, he shares his home with more than 20 children, providing them with a loving environment, an education and medical treatment. 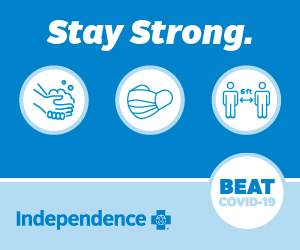