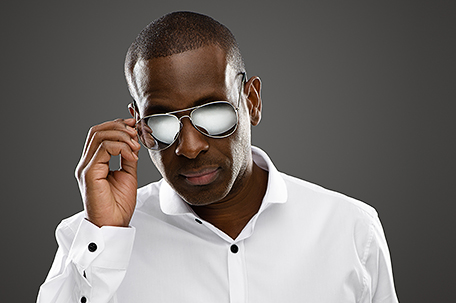 Willie Turner started losing his hair at the age of 24. He became depressed and overcome by a sense of hopelessness. By the age of 26, he was wearing a hair system. While it solved some issues and gave him enough confidence to get on with life, he admits it wasn’t a great quality of life.

“Everything I did revolved around my hair system. I felt trapped,” admitted Turner, who reached the point of wanting to totally remove it. “I didn’t like the idea of having to admit I had been wearing one for close to 12 years.”

One day Turner stumbled upon scalp micropigmentation, it seemed like the perfect solution. “I could tell everyone I decided to just shave my head but still have the appearance of a full head of hair,” said the 38-year-old budget analyst, who credits the procedure with totally restoring his confidence.

Scalp micropigmentation is the process of replicating the appearance of shaven hair, by introducing thousands of tiny pigment deposits into the epidermis of the scalp. When placed by a skilled technician, the recipient appears as if they have a full head of hair, shaved to a very short length.

More specifically, scalp micropigmentation is a series of tiny dots that are tattooed onto the scalp in between hairs. The treatment is used to cover up areas of the scalp that are easily seen due to thinning hair, scarring or skin diseases. There are numerous terms used to describe the process. They include scalp pigmentation, micro scalp pigmentation, SMP, MSP, hair follicle replication and tricopigmentation.

“Without a doubt, scalp micropigmentation is one of the fastest growing solutions for male hair loss in recent years,” opined SMP designer and hair stylist  Greg Bazemore, “The popular procedure is non-invasive, has universal appeal and is permanent, if desired, explained Bazemore, who believes it remains the only “permanent hair loss fix to offer effective and immediate results.”

Bazemore, who has spent more than 20 years in the beauty industry, said the SMP procedure is able to create the appearance of hair and is applicable for almost every balding condition. “It also can work with a patient’s existing hair, making it look more dense and full. It only requires proper maintenance that is accomplished by simply keeping the scalp clean and moisturized,” said Bazemore, who has spent the last 5 years as a SMP technician.  Occasional shaving off any existing hair is an added task completed with minimal effort by using an electric razor or a wet shaving routine.

By the age of 49, Buddy Walker had two hair transplant procedures that left him with two scars on the back of his scalp. “The results of the hair transplant overall were terrible,” recalled Walker, a lab technician. “I started a series of corrective procedures with a hair transplant surgeon. He corrected the poor result and created a really natural, undetectable soft hairline with some nice coverage over ¾ of my head, I left the crown bald.” 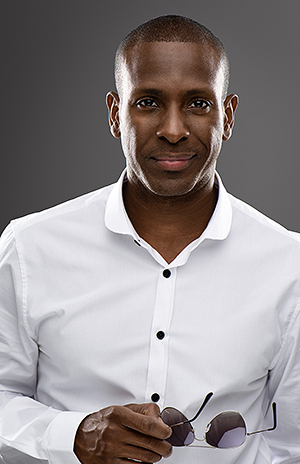 Walker was thankful that his doctor was able to combine the two strip scars into one long scar. He styled his hair so that it was undetectable. “I always had to carefully cut my hair a bit longer than I preferred to cover the scar. Although I wanted the convenience of a short, close hair cut as I got older and greyer I resigned myself to the eventuality of longer hair. Then I heard of SMP.”

The strength of the procedure, in Walker’s opinion, rests with its permanence. “Once it’s applied, it stays that way unless I want to change the hair pattern,” he said.  “Now, I don’t constantly worry about how my scalp looks.”

Because the treatment does not include any kind of texture enhancement on the scalp, anyone that actually runs their hand through an SMP procedure will be mildly surprised at how much it feels like bare skin because it is actually just that, according to Bazemore.

“An aggressive looking hair style might look good on a younger man, but may look misplaced on someone in his sixties,” said Bazemore. “A softer hairline might be viewed as a better option for older men. In the end, styling could simply be a matter of preference that depends on how a man carries his SMP.”

The scalp micropigmentation method is relatively new to the hair loss industry and is constantly gaining steam, but Bazemore admitted there are still more things to discover and improve upon because of its relatively novel approach to treating hair loss.

In Part 2 of this series, the industry pros and cons of scalp micropigmentation will be explored, as well as selecting a technician and considering maintenance and the associated costs.

Preparing your hair for the spring season? It begins with a healthy scalp