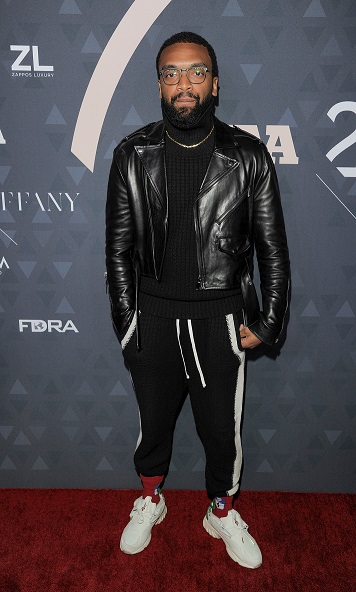 NEW YORK (AP) — There was a huge choir that veered from stirring, soaring gospel, then spit verses from Cardi B and sang lines from Queen Latifah’s “U.N.I.T.Y.”; a spoken word artist who reminded the audience that rock ‘n’ roll was born because of a black, queer woman Rosetta Tharpe ; and a stunning collection of clothes that ran the gamut from casual chic to red carpet gowns, all modeled by black or brown faces.

“Sister,” Pyer Moss’ latest production for New York Fashion Week, was a brilliant, irreverent and joyous celebration of black culture, specifically black women — a show where even the colorful, eye-catching garments proved to be just part of the story its designer, Kerby Jean-Raymond, masterfully weaved together on Sunday night.

“The whole thing is really to recognize our worth, and us as black people, what we’ve contributed to what pop society is in America,” Jean-Raymond told The Associated Press after his show ended a little before midnight. “What I aim to do is to make disenfranchised people, black people, with this series and minorities and women, know and understand how important they are to this thing called America right now.”

The first sign that the Pyer Moss was going to be something out of the ordinary was its location: Miles from Manhattan, the upstart fashion house held court on Flatbush Avenue, at the Kings Theatre, a venue sitting in one of the more culturally rich black neighborhoods in Brooklyn, New York.

Once inside the ornate and refurbished venue, a runway was fashioned in front of the stage, and in between stood a piano — another hint that clothes would be merely part of the story Jean-Raymond planned to tell.

What followed was a production that borrowed from black music, the black church and other aspects of the culture to pay loving tribute to what African Americans have achieved. Before the show began, spoken word artist Casey Gerald noted the grim anniversary currently being marked worldwide — 400 years since the first enslaved Africans arrived in the United States.

But instead of sorrow, Gerald emphasized freedom and noted “we have come here to say we ain’t gonna grieve no more . we have come tonight to say you can’t hurt us no more.”

With that, The Pyer Moss Tabernacle Drip Choir Drenched in the Blood took to the stage and began to sing. Dressed in formal black against a white backdrop, it was the perfect complement to the designs that would grace the runway. Looks included a flowing white tunic with red trim and matching white pants; a brilliant yellow-gold gown with long, billowing sleeves, a skirt that flared at the bottom and a cut-out back; matching men’s and women’s leather outfits that recalled cowboy chic; and brilliant artwork emblazoned on casual outfits (“Stranger Things” star Caleb McLaughlin was one of the models, and wore one of the outfits from the new Reebok by Pyer Moss collection).

As captivating as the clothes were, they were hard to compete with the choir, which started slow and majestic, with a gospel song, then morphed to deliver snippets of popular works of contemporary black singers, from Anita Baker to Whitney Houston to Missy Elliott: the audience roared as the choir began to rap Elliott’s “The Rain,” and cheered when it later segued to Cardi B’s “Money,” and erupted as it went into Adina Howard’s “Freak Like Me.”

Jean-Raymond beamed about his choir afterward, and noted that he had wanted to have more than 100 members, but “the stage structure couldn’t hold all of our swag.”

Jean-Raymond said he chose the songs to pay tribute to the contributions of black women in culture, specifically music. He noted the often overlooked Sister Rosetta Tharpe, who is considered by many to be the rightful creator of rock ‘n’ roll.

“And I feel like black women are often erased from things, and I wanted to do this specifically for black women,” he said.

It may have been specifically for black women, but the entire audience — which included celebrities ranging from Fantasia to former NBA star Chris Bosh, former NFL star Victor Cruz and actress girlfriend Karrueche Tran, and singer Normani — erupted in applause as it was ending.

In the end, it was far more than a fashion show, which is what Jean-Raymond — who declared fashion shows boring and elitist — hoped to achieve.

“I look at this as an art project, and I think the success of it is bringing people closer to me than trying to assimilate into whatever else people are doing,” he said.