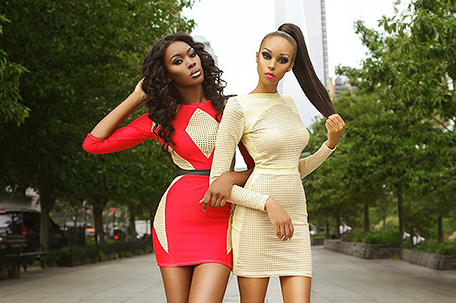 In addition to this season’s featured designers who brought their creations to life via the runway, the event also brought back New York Fashion Week creator Fern Mallis as event host and design mentor.

The first show came with a few firsts.  A new addition to the fashion week roster featured StreetWear presented by the Philadelphia 76ers. The show began with an impressive display of acrobatics, break dancing, and hip-hop courtesy of the 76ers’ Flight Squad gymnast troupe. Fashion 365 was the first all children’s show (the models were unbelievably adorable) and Milano di Rouge was the first designer to incorporate ballet dancing into her chic line up. Burning Guitars took risks that paid off with their vibrant custom-made fabric and Jeantrix gave us a taste of nostalgia with a graffiti themed lineup with an 80’s twist. 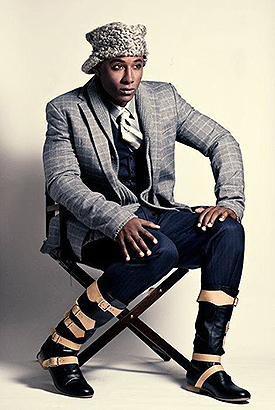 Runway I & II, the new shows that debuted this year, featured 10 national and international designers. Guest designers Kevyn Michael and Jacqueline Myles’ collections were both stand outs for the Runway I show. Kevyn Michael’s collection showcased a variety of styles: blinged-out denim, suit jackets with everything from buttons to lamp ornaments, multi-textured fabric in the form of Blazers with ribbed sweater and sequence sleeves.  Jacqueline Myles’ Todd Anthony collection took a much different approach with classic lady-like pieces featuring detailed leather work, reversible capes and a Matador-esque piece.

The finale Runway II show brought out all the stops. These Pink Lips, recently worn by pop culture celebrities and models Amber Rose and Blac Chyna on the VMA red carpet, took no prisoners– hand painted stripes, bright accented clothes and stilt like shoes to match that screamed girl power with a few choice words. 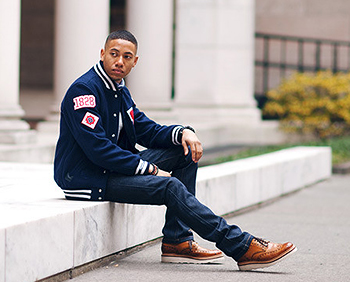 Young designer Bishme Cromartie, displayed a Fabulous collection that combined, crimson reds, black and muted tones with rich fabrics and an exquisite ankle length red coat that I need in my wardrobe immediately!

The finale designer, Lillie Designs, gave us the wow factor with her stunning collection. Her unexpected and refreshing gowns were reminiscent of something from another dimension (think Hunger Games meets Devil Wears Prada).

The fashion event of the year is back: The Philadelphia Collection 2011