Perms, chemical relaxers and other reasons why Black women suffer the most from uterine fibroids 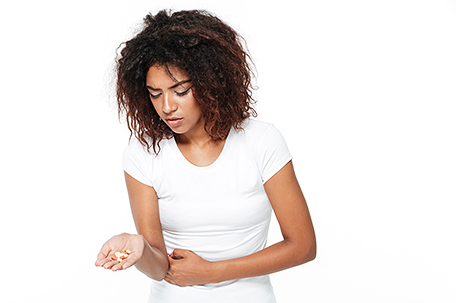 Black women are three times more likely to have fibroids and tumors, according to recent research. The cause is believed to be linked to perms and chemicals relaxers.

A study done on 23,000 African American women showed that  women who used hair relaxing products were more likely to have fibroids. Specifically, fibroids may be linked to the chemical exposure through scalp burns that result from relaxers.

However, there is no specific evidence showing that the use of hair relaxers or early puberty cause fibroids. These things are linked only through association, in that women who use hair relaxer have a higher instance of uterine fibroids.

Because uterine fibroids have a higher prevalence in Black women, they may already run in the family, which puts women today at an even higher risk. If a woman’s mother has had fibroids, the daughter is about three times more likely to have them herself.

If you know that you have a family history of fibroids, it is wise to get checked and pay attention to any symptoms that occur in your own body. You may be able to be diagnosed earlier, saving you from time spent dealing with painful symptoms.

While not necessarily specific to African-American women, other risk factors for fibroids include obesity and eating habits. Overweight women are more likely to develop fibroids, and for very heavy women, the risk can be two or three times greater.

Along the same lines, a poor diet can lead to a greater possibility of fibroids as well. Eating green vegetables may help protect women from developing fibroids.

Uterine fibroids are non-cancerous tumors that grow on or in the muscle of the uterus. By the time they are in their 40s, up to 40 percent of women develop fibroid tumors. But Black women are at three times higher risk. A study of 23,000 Black women showed that fibroids may be linked to the chemical exposure through scalp burns that result from perms and hair relaxers used by many Black women.

If a Black woman is also overweight, obesity can increase the risk of fibroids and tumors up to 3 times greater. Other risk factors include a family history of fibroids, and a poor diet, which also leads to obesity. Up to 80 percent of Black women are affected by fibroids, but it is preventable.

Although women in general who use hair relaxers have a higher instance of uterine fibroids, a study of 300 women of various ethnicities found that Black girls were more likely to use hair-relaxing products and at a younger age. This can increase the risk of fibroids.

DISCLAIMER: The content or opinions expressed on this web site are not to be interpreted as medical advice. Please consult with your doctor or medical practitioner before utilizing any suggestions from this web site.

Debunking the myth about “kiddie” relaxers: They are not less damaging than relaxers marketed to adults