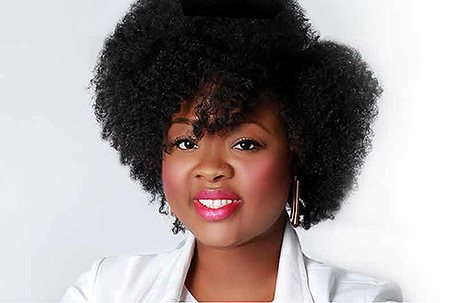 For Black entrepreneurs in the United States, the Black hair care industry has always been lucrative. The roll call of Black hair care entrepreneurs contains names like Madame C. J. Walker, one of the first American female self-made millionaires and companies such as Johnson Products, SoftSheen and Pro-Line. Through products designed to help Blacks look their best, these companies, and the Black entrepreneurs who led them, ran some of the nation’s largest Black-owned businesses in the 1970s and 80s.

However, many of the firms have been overtaken by mainstream competitors lured by the major streams of revenue generated by the Black hair care industry, especially its natural hair segment.

Today, there is a new breed of entrepreneurs excelling in the natural haircare market. One of them is Rochelle Graham, CEO and Co-Founder of Alikay Naturals, which is expanding its hair care product line to select CVS retail outlets this month.

“Alikay Naturals, a Ft. Myers, Florida-based firm, has been experiencing tremendous growth over the past year.  Our brand’s recent expansion into CVS is a continuation of that momentum” Graham said. “Being featured on the shelves of one of the largest US drug stores is the evolution of a dream with beginnings that are deeply rooted in my Jamaican countryside childhood, where I learned about holistic living at the knee of my grandmother.”

So how do Black-owned haircare companies, like Alikay Natural, continue to excel in the natural haircare market that mainstream companies now see as a viable business opportunity? Many, like Graham are capitalizing on the fact that they created their businesses to serve women like them.  Authenticity is key, particularly when dealing with hair, which is a very personal subject for most according to the 34-year-old executive, who is also the face of her brand. Customers have seen her hair go through changes via videos and blogs.

“They have watched us care and transition our hair, so they feel comfortable with our products,” said Graham, who began to develop hair products after repeated requests from her YouTube channel viewers.

For those entering the natural haircare market, the internet and social media have been critical components in introducing products to consumers and driving sales. Blogs, websites and YouTube tutorials started springing up and allowed women to share best haircare practices and product reviews.

Graham, as a vlogger, helped women identify entrepreneurs who were selling natural haircare products. The forums “were actually driving the market space because we were able to see real-time feedback,” Graham said.  “My customers would say, ‘We don’t like this part of your product,’ and the brands that were really smart would reformulate their products.”

YouTube played a key role in the Alikay Naturals brand launch in 2009. Graham’s BlackOnyx77 YouTube channel has 100,000 subscribers and nearly 500 instructional haircare and beauty videos.  It becomes apparent why Alikay Naturals has remained committed to keeping social media at the brand’s core as a way of keeping its customers connected and providing hair care support for which Alikay Naturals is so well known.

“We intend to continue to build on the momentum set forth by our brand’s mass market expansion, while staying true to Alikay’s Black Onyx roots and reputation for offering quality products that deliver solid results,” says Demond Campbell, Alikay Naturals COO and Co-Founder. 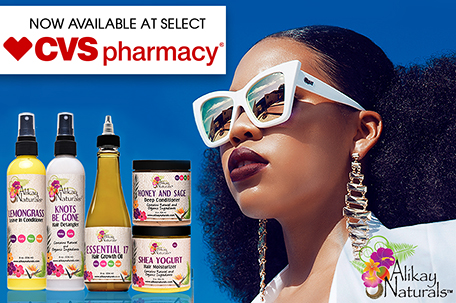 Haircare blogs and social media will continue to influence which products consumers turn to, so brands must be willing to talk haircare on their YouTube channels, Facebook, Twitter, Instagram pages and attend diverse events, as Graham does, in Europe, the Caribbean and South America to appeal to broader markets and client bases.

Integrating the images of women of different races with textured hair ranging from kinky to curly with the cultivation of a shared sense of identity has enabled Alikay Naturals to resonate with consumers in a rapidly growing niche market.  A well-recognized authority on hair, skin and body care, Graham is a frequent guest at top beauty industry events around the globe.  With her business partner and husband, Demond Campbell. Their efforts continue to expand the Alikay Naturals market share through an unconventional retail strategy which reaches consumers through social media-based, grassroots marketing techniques that emphasize the value of the customer’s current needs while putting a high level of importance on what the customer will want in the future.

That’s important because the competition for the naturalista’s dollar has gotten pretty fierce. While the natural haircare pioneers once had the market to themselves, mainstream brands such as Pantene and L’Oréal are now targeting products for women with natural hair. Larger, more established Black haircare brands are also getting in on the natural hair action. For example, Bronner Bros., the Atlanta-based hair care company whose hairstyling competition was immortalized in Chris Rock’s documentary Good Hair and is celebrating it’s 70th anniversary in the haircare industry, has recently developed a natural haircare line.

The mainstream competition is taking advantage of the revenue generated by the black haircare industry, which is grossly underestimated, according to market research firm Mintel, which projects $761 million in revenue for 2017.

Because of the emergence of curly hair care groups and elaborate natural hair expos, retail outlets like CVS have started to take notice. Once hard-to-find products designed specifically for curly and kinky hair types are now stocked on the shelves of mass market retail chains,  Graham said.

According to Graham, major retailers have historically been difficult to break into. She attributes her success to Alikay’s excellent customer base and high growth rate, which she said has doubled annually.  Since the firm’s inception.

“Our customers have really put us on the map in this industry,” she said. “Our brand is a lifestyle brand and that is unique in our niche market.”