What is good ‘synthetic’ hair? 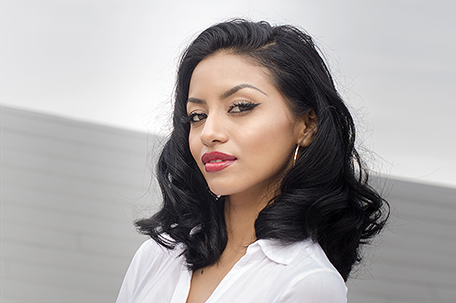 CHELMSFORD, Mass.–Whether they bought it or grew it, no one wants to imagine their hair on fire. FRX Polymers developed a flame retardant that can be mixed into synthetic material so it would be less likely to burn if the unimaginable were to happen. They named the flame retardant Nofia. Nofia can be used in many applications including hair fibers in wigs and weaves (hair extensions).

FRX CEO, Marc Lebel says, “Nofia is a phosphorus-based polymeric flame retardant additive with a most favorable toxicological profile, and unlike competitive liquid and powder-based flame retardants that both tend to migrate out of the plastic over time, Nofia, when it is mixed with the host plastic stays locked in and will not migrate out.”

To inform users of synthetic hair about this key ingredient in some synthetic hair fibers, FRX is launching a campaign to highlight the positive aspects of Nofia. Their PR agency, YourPRcompany.com (YPRC), has created a fictional character and named her Tracee A. Jackson, PhD. The edutainment campaign will highlight Nofia in hair fibers and other materials. Tracee Jackson, PhD is a successful, smart, fly girl with a doctorate degree in polymer science and is the CEO of an emerging company that just happens to also be named “FRX Polymers!”

J. Abra Degbor, Principal of YPRC, in discussing the character, says “Dr. Jackson is a strong, stylish and sophisticated role model, driven in business to improve the safety of the additives in plastics in general, but in hair fibers initially.” Degbor added, “We intend to encourage positive life themes around education and acquiring the best that life has to offer, while incorporating relevant messages about Nofia flame retardant.”

The campaign launched on February 17, 2015 the week leading up to the 2015 Mid-Winter Bronner Bros. International Beauty Show.

Subscribe to learn more about the work FRX is doing in flame retardant technology through “The Life and Times of Tracee Jackson, PhD” at www.whatisgoodhair.com.