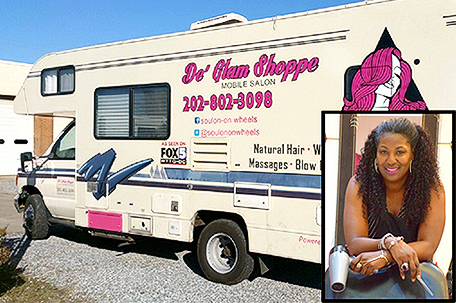 The De Glam Shoppe is inspired by the first RV mobile hair salon which allows DeJuan to travel along the East Coast as far as Atlanta, showcasing more than 15 years plus of experience as a hair stylist, nail tech and budding entrepreneur with her very own signature hair care product line. 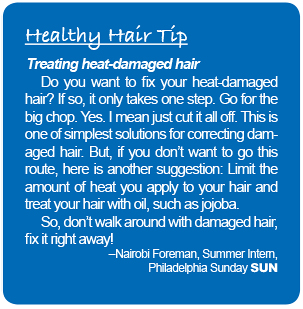 DeJuan is a celebrity stylist and has styled hair for the cast of “Comedy Central,” “Choices the Show (series),” “The Big Mo Show,” “Maurice Brooks the Comedian,” the movie “The Competition” produced by Charlie Grant, George Clinton and family, the “Illusion” girls singing group, DC writer/publisher Adoria, and a host of others. She has been interviewed by many social media outlets, such as “LWDD-Living with Danielle and David” host Danielle Spencer David, David L. David and Alene Wilson-Harris among others.

She is currently providing hair stylist services for Fox 5 reporters, and is the celebrity stylist for Venro Records. DeJuan has also partnered with SAB MEDIA as stylist for their television network shows, such as “Doing Good Business.” DeJuan is also personal stylist for songstress Nancy Hines.

DeJuan’s motto is “your style is limited only by your imagination.” “It’s important to educate my clients about not only taking care of their hair in between salon visits but maintaining healthy hair as a lifestyle beyond the salon,” she said. DeJuan also offers free stylist services for veterans and those suffering with severe hair loss from cancer, including creating custom wigs. She also is preparing to appear in a new reality show relating to the hair industry.

What you need to know about mobile hair salons (Part 1)