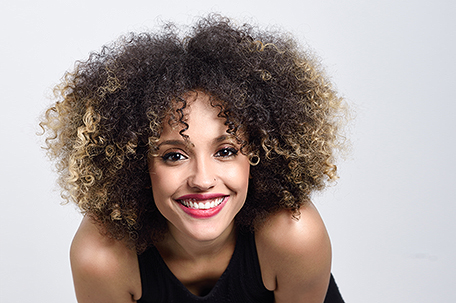 For more than five years, Andorra James has styled her hair with crochet braids. Since that time, the mother of three is happy about what she observes as a rise in the popularity of crochet braids.

James attributes the expanded acceptance of crochet braids to a transformation of traditional braiding products to natural hair textures that are kinky, curly, braided or straight.

“What is not to love about crochet braids?” asked James rhetorically. Responding to he own question James notes “In addition to being a protective style crochets are suited for do-it-yourselfers like me.”

Jones, a 36-year old customer service representative, always admired women she believed were masters of styling their own hair. She never thought crochet braids were something she could attempt on her own.

Crochet braids are easy to install, according to James, who says it is as easy as knowing how to cornrow. “The cornrows don’t have to look great because they will ultimately be covered. You’ll just need a little patience and a couple of good mirrors,” explained James, who also notes that the cost of the product is inexpensive.

The braiding hair is typically low-cost. The beauty and hair care industry has responded by creating specialized crochet braiding hair that mimics the texture of all types of Black hair, which can range from kinky to curly or from light curls to straight. James notes that the range of textures look natural, so braiding hair that already comes twisted or braided is what she typically uses.

Crochet hair may be found at beauty supply stores for as low as $3 a pack and at the high end for $9.99 a pack.  Crochet hair installation is relatively fast to do. However, the time is determined by the kind of style created.

“I can spend as little as 2.5 hours installing them” said James, For weave-wearers this might not be less time, but for box braid or twist-wearers, it’s significantly less time,” explained James, who says braids or twists may be achieved using the crochet method.

There are, however, downsides to the crochet method. According to James, crochet does not last as long as a style like box braids. And they’re not as easy to wash.

James admits that she and many of her associates are obsessed with crochet braids and the new opportunities they create for hairstyles that mimic the texture of their natural hair.

Following is a list of a few types of hair used to create numerous crochet hairstyles and the brands many are using:

Crochet braiding a stylish, inexpensive and timely alternative for do-it-yourselfers

Crochet braiding is a stylish, inexpensive and timely hairstyle option for do-it-yourselfers