Anti-aging wrinkle cream: Formidable weapon for turning back the hands of time 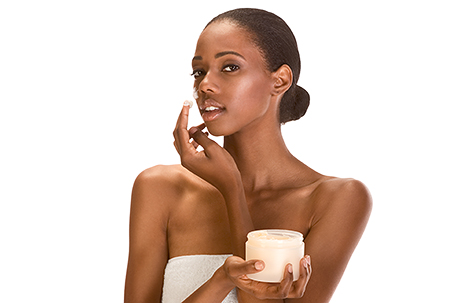 As we age, many of us seek restorative powers in all things that promise to increase longevity or eternal youth. We are seeking “The Fountain of Youth”.

Many of us are finding what we believe to be, a miracle cure in an anti-wrinkle cream. With so many creams, serums and treatments on the market, how do we know which one is the genuine article? In reality, no one can turn back the hands of time. We must all face the fact that we are aging. However, there are options for wrinkle treatment

There are literally hundreds of anti-aging wrinkle creams that claim to be the miracle cure for fine lines and deep set wrinkles. The truth is wrinkle creams are not wrinkle removers and their effects are not permanent. However, by hydrating the skin and removing dead skin cells, they can give the appearance of removing fine lines and wrinkles and reduce the visible signs of aging.

Anti-Aging creams may include conventional moisturizing ingredients.  And, they usually contain specific anti-aging ingredients.  The active ingredients are far more important than the brand name when it comes to choosing an anti-aging wrinkle cream. Typical ingredients that may reduce the appearance of fine lines and wrinkles are alpha and beta hydroxyl acid, retinol and Vitamin A, Vitamin C Ester, Vitamin B5, coenzyme Q10, copper peptides, kinetin, tea extracts, antioxidants and collagen and elastin.

The effects of these ingredients depends on their concentration and method of application. Many skin care companies recommend using a treatment program which may combine a series of ingredients.

Wrinkle creams exfoliate the skin by removing the outer, dead layer and giving a natural, healthy glow to the skin. They also stimulate the growth of evenly pigmented skin; and relax the wrinkle creases, which gives the appearance of smoothing out fine lines. Collagen-producing wrinkle creams firm sagging skin and have anti-inflammatory properties.

Most wrinkle creams advertise visual improvements in a minimum of days when used once or twice a day. Some creams indicate it might be eight weeks before there may noticeable improvements. Since wrinkle creams affect only the top layer of the skin, their effects are short-lived, unless they are used continually.

It’s not necessary to wait until you see wrinkles to begin treatment. This is a common misconception among women. Skin loses its elasticity not only by aging, but also by exposure to the sun and smoking. Because collagen and elastin cannot be absorbed into the skin, wrinkle creams featuring these as the active ingredients are basically worthless. Anti-aging and wrinkle creams are often criticized by some for being expensive, unnatural, and most of all not clinically proven to work.

Reducing the appearance of aging can be an expensive proposition. Wrinkle creams can cost hundreds of dollars, yet some, at the other end of the spectrum, can cost a few dollars. A plain inexpensive moisturizer can hydrate skin just as its costly counterparts.

Many of the ingredients in wrinkle creams have not been tested or undergone scientific research to prove their benefit. The only way to effectively reduce the aging process is to avoid smoking, stay out of the sun, and use a simple moisturizer that contains UVA and UVB protection.

Wrinkle creams may lessen the appearance of wrinkles in your skin, it’s a good idea to visit a Dermatologist and ask for advice on a skin care program to achieve your expectations and that sought after look of eternal youth.

The risk of re-infection: What the prescription anti-fungals won’t do

The benefits of a homemade sugar scrub… How sweet it is